South Africa defeated India by 6 Wickets in the 2nd T20I match in SuperSport Park, Centurion to stay alive in the three match T20 series. With the series levelled at 1-1, both teams now have lot to play for in the final and 3rd T20 Match at Newlands, Capetown. Here we pick some points from the 2nd T20 international which are worth to have a look back:

With South Africa won the toss and asked the visitors to bat first, the South African bowlers set the tone early for them. Chris Morris bowled a maiden first over, followed by the wicket of Rohit Sharma by J.Dala, the very fast ball he faced, puts the visitors on the backfoot. However Shikhar Dhawan and Suresh Raina scored some quick runs to break the shackles before the former chips to Behardien at Mid-on of JP. Duminy’s bowling for a 14 ball 24. In comes Skipper Virat Kohli. But there was no Kohli show yesterday as he was dismissed for 1 by a delivery that climbed steeply from a back of a length to kiss Kohli’s gloves only to get nested in the hands Klassen. A rare failure from India’s run-machine would later prove to be costly. 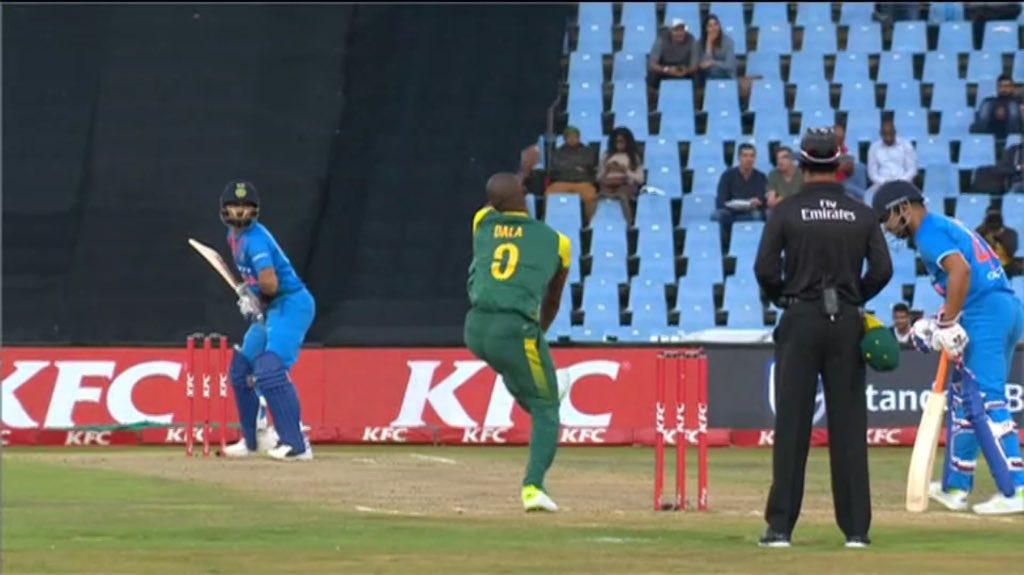 After the dismissal of Kohli came Manish Pandey to join Raina in the middle. Pandey took some time initially and then stepped up the gears. Raina threw his wicket against the run of play on 30 runs and MSD joined the middle along with Pandey. MS took some time to settle down as usual but Pandey continued to assault the Proteas bowlers and reached his half-century. 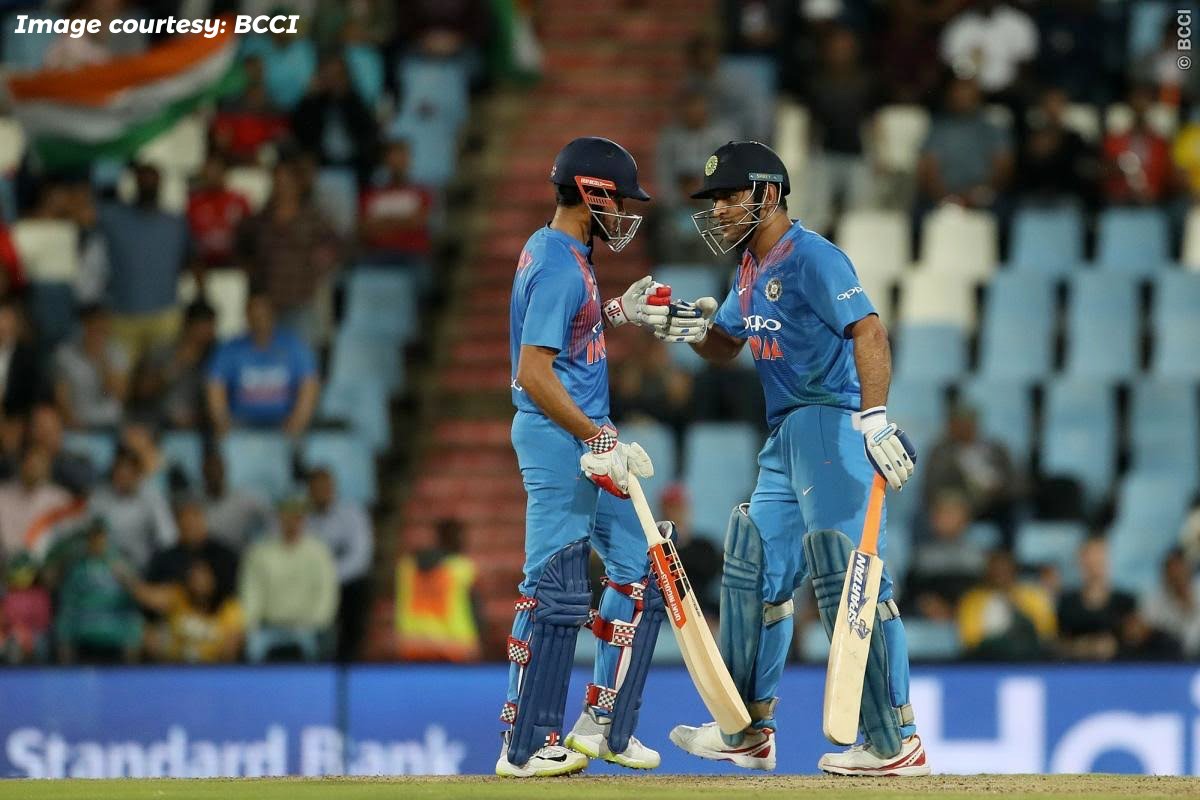 This proves to be a happy hunting ground for Pandey as he scored a First IPL 100 by an Indian batsman in this venue, almost 10 Years ago in the 2nd edition of IPL. Dhoni came into party in the final overs as he reached his 2nd T20 Half-century in the last over and along with Pandey took India into a good total of 188/4 which was defendible.

With 189 needed to stay alive in the series, SA lost Opener J.J. Smuts for 2 runs in 4th over. However, Hendricks looked solid and kept playing his shots. Skipper Duminy came to the crease with the pressure to deliver. However promising Hendricks perished in an attempt to score quick runs in the powerplay on a personal score of 26 leaving South Africa in a spot of bother.

South Africa promoted WK-Batsman H.Klassen over Duminy in the batting order which turned out to be a masterstroke. Right from the word go Klassen played his shots. He hit two sixes off Jaydev Unadkat to sign off the powerplay on a high. He then punished the Indian bowlers, particularly Chahal was brutally assaulted by Klassen as he scored 5 Sixes and 1 boundary off him.

Finally he fell for an off-cutter from Unadkat, caught behind by MSD. He scored 69 0f 30 Balls which included 7 sixes and 3 fours. By the time he left the field to a roaring appreciation from the home fans, the local lad ensured that he had put his team in a driving seat.

5) Duminy finishes it off:

South African captain joined to the party after the departure of Klassen . He initially played the second fiddle during his partnership with Klassen but shifted gears to make sure that he puts the Indian bowlers in check. Though Miller was out for a paltry score of 5, he along with F. Behardein ensured a comfortable victory for their team with 8 balls to spare. Duminy was pumped after his winning six , because he knew how important this win was for him & his team. After a string of low scores, the Proteas team must be mighty pleased with him coming back in form. Duminy remained unbeaten on 64 of 40, while Behardein scored 16 of 10.

1) This is the 3rd highest target chased down by SA in T20Is.

2) Yuzvendra Chahal has added an unwanted record to his name-he conceded 64 Runs in 4 Overs-The most by an Indian Bowler in T20s. A FORGETTABLE NIGHT FOR CHAHAL.

What an awesome day of cricket we had. A Night to remember for Klassen, A Forgettable Night for Chahal & Bitter-Sweet Night for Manish Pandey. This win will boost SA’s Morale and they are heading into the series decider with lots of Confidence. Meanwhile, India will look to win the series & end the tour on a winning note before they go home. A Thrilling series decider awaits us at Newlands, Capetown on Saturday. We will have to wait and see which team comes into party on Saturday & enjoy the weekend Party.