The second encounter of Super Cup was played between Bengaluru FC and Gokulam Kerala FC which ended in favour of the ISL side. Gokulam Kerala FC got the lead through Henry Kisseka at the first half. The defence of the Kerala outfit was solid as Sunil and co. couldn’t score the goal past their defence. It was Miku, who scored the equalizer at the second half which was assisted by Udanta Singh and later Miku assisted the winner for Udanta which was scored at the injury time as the game ended with a score line 2-1 in favour of the ISL finalists.

Let’s take a look at the five talking points of this encounter.

Bengaluru FC were trailing at the first half with Henry’s goal and Sunil wasn’t able to score past Nikhil as the Kerala defence was in complete shape. Though Bengaluru had opportunities, they couldn’t find that net. At the second half, it was Miku and Udanta Singh who started completely dominating the Kerala defense. Miku scored the first goal for Bengaluru with the help of Udanta and later in injury time Miku assisted Udanta to score the winning goal. Miku had the opportunity to score a goal before by chipping the ball which went over Nikhil’s head and was saved by Emmanuel. This combination of Miku and Udanta Singh made the difference. 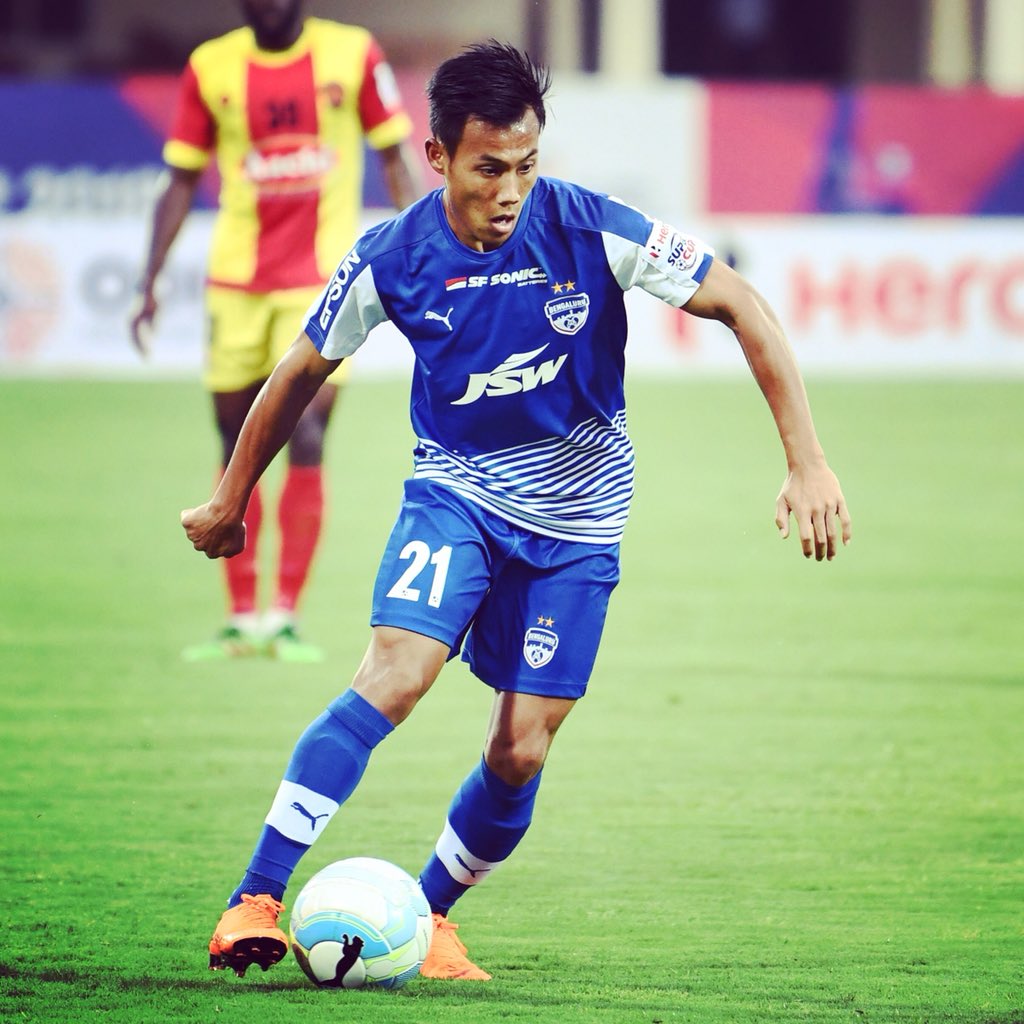 Gokulam Kerala FC had a strong defensive unit which made Albert Roca’s men find it tough to score past. Udanta Singh with his pace was trying to break the defense but it was solid and in shape in the first half. Even after Henry’s goal GKFC went on to attack but their defense was ready for counters. Nikhil had the company of Emmanuel, Provat Lakra, Daniel Addo and skipper Irshad. Addo was replaced by Shinu in the second half after being injured.

Emmanuel made a brilliant save after Miku chipped the ball over the goalkeeper. Udanta and Miku made use of the tired legs at the back by which they scored two goals.

● MACEDONIAN INFLUENCE IN THE GAME:

Macedonian youngster Hristijan Denkovski was standout performer for Gokulam Kerala FC with his passes and also helped his side back in defense. Denkovski was key for the side with is through balls to Henry which was well converted into goal. The Macedonian was brought into the squad recently and proving his worth to Bino George. He was looking to break the Bengaluru defence and was a threat to Bengaluru with his threading passes into the box from the flank. Provat was at the flank stopping Sunil and hence didn’t attack much as he used to.

● CHHETRI’S OFF DAY WITH BENGALURU:

Sunil Chhetri didn’t have a great game as he usually has in Bengaluru colors. His link-up play with Miku wasn’t looking good and he had some clear cut opportunities which he missed in the first half quite easily. The man who scored for his side in the ISL final couldn’t score or assist today against the South Indian side. Sunil failed to utilize the open chances that he got in the first half. He didn’t have much possession too as he kept losing balls to Irshad who was marking him at the right flank. In the end, it wasn’t Indian skipper’s day.

Henry was the goal scorer for the Kerala side and he was the man who guided Kerala side in the qualifiers too. The Ugandan striker opened the scoring with the help of Macedonian Denkovski and Musa past Indian shot stopper Sandhu. Henry looked threatning with the through balls which he received from Musa and Suhair. ATK bound defender John Johnson and Juanan found difficult to stop the striker. He went on with shots checking Gurpreet with VP Suhair and broke deadlock at the first half. The defensive duo of Bengaluru found it hard to hold the striker from moving front which led to the opening goal for Gokulam Kerala FC.